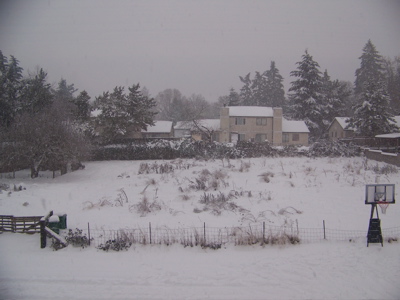 Wow, it’s been far too long since I’ve posted. It’s been a combination of end-of-the-year rushing around, hard work on a new iPhone application (details to come later), and the last week of weather. We’re now a week into a winter storm that may not really thaw out until after Christmas. It’s been a combination of snow, cold temperatures, and then some freezing rain. As we now sit, we have about seven inches of snow topped with a half inch of ice with another inch of snow on top of that.

We’re locked in today and church was canceled, but we’re praying it’ll let up enough to go to Christmas Eve service. We’ll see.

More pictures of the fun we’ve been having are in the gallery here.

Hope you all are safe and warm.