Wow, what a year! It was not too long ago that I was bemoaning how boring our annual updates were because we seemed to be doing the same thing over and over. Well, not this year. It’s clear that God has led all three of us to a new season of life. In general, we prefer to keep change slow and predictable. But we cannot deny that this year has been exciting. 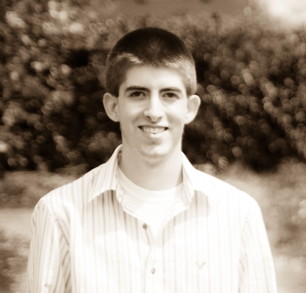 The year started a little slow, but picked up steam quickly as we headed towards summer. David finished his senior year and graduated high school! We had a fun party with friends at his aunt and uncle’s cool house (thanks Mike & Grace!). It’s been a wild ride homeschooling this whole time, but we wouldn’t trade it for anything.

Getting ready for college meant finally securing a driver’s license, which David did despite being marked down for a bogus violation by the instructor (it wasn’t in the manual!). Finally, in September, David started classes at Portland Community College. Since he’s able to take classes online, our daily life doesn’t feel all that different except that we didn’t need to start planning curriculum ourselves. What a refreshing change! He’s preparing for his second term and still drumming with the bands for the high school and college groups at church. I know we’re biased, but he rocks.

In August, Stefanie and I celebrated twenty-one years of marriage. Yay! Our marriage is now old enough to drink.

Stefanie and I were invited to act as facilitators for one of the small groups during the Love and Respect marriage class at Solid Rock (our church). After being asked, I remember thinking, “Really? We don’t have much to offer. We’ve only been married for… Oh. Never mind.” We were able to help couples who are still early in their marriages and learn from those who are further along the road. It was a great time and we got new friends out of the deal.

Stefanie was also asked to be a reserve for the team that meets on Mondays to count the weekend offering. She must be doing well because they keep asking her back. I think it’s an opportunity for a little of the accountant’s daughter to shine through.

I continue to contract with a wide array of clients while working on all variety of projects (iPhone, iPad, Mac desktop, web applications, project management, and all around IT guy for Solid Rock), but I wouldn’t trade my work environment for the world. I get to see my wife all day long (even if we don’t get to talk much) and my son sits about five feet from me most of the day. My commute to work involves finding my slippers and navigating the stairs after breakfast.

As a special bonus this year, the games my partners and I have built with Smart Box Games have started to do really well in the Apple App Store. It’s fun to see something I had fun building become popular.

Wrapped around all of this my sister Elizabeth married her beau, Ben, near Cancún in April. And, Stefanie’s brother, Doug, and his wife, Damian had twins boys, Evan and Blake, in October. They were very early, but are doing great. Congratulations to everyone!

So, David’s taking classes and pondering his future. Stefanie is finding new ways to be involved with Solid Rock. And, I’ve got more than few irons in the fire that have the potential to become great full-time opportunities. God is clearly moving us all to new seasons of life, but we have no idea where we’re headed.

Merry Christmas to you all!